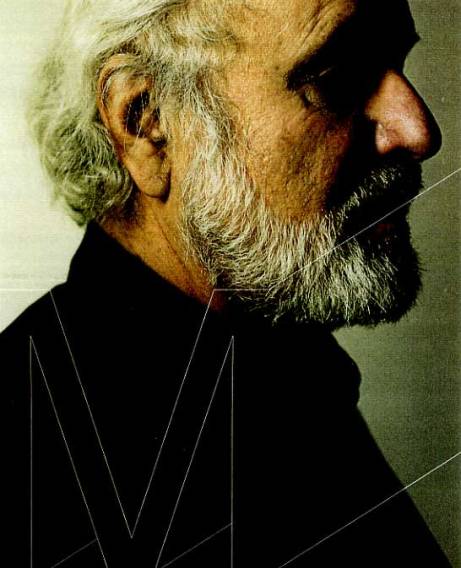 At almost eighty years old, composer Morton Subotnik shows no signs of toning it down. And his frenetic energy dominated the performance Friday at the Library of Congress which featured three commanding works, one a world premier.

Subotnik’s list of awards and accolades is overwhelming: a Guggenheim Fellowship, the American Academy of Arts and Letters Composer Award, and the ASCAP John Cage award among others. He also helped to establish CalArts as a West Coast hub for oddity and served as its first associate dean of music. Yet I get the feeling that he’s not so comfortable on the pioneer’s pedestal. In the preconcert talk, he mentioned how modern electronic artists too often cite his canonical 1967 release Silver Apples of the Moon (Nonesuch) as revolutionary example in the genre.

The ghostly The Other Piano (2007) began the program with a whisper, not a bang. Pianist Kathleen Supove rippled a clustered melody while the composer tinkered with the sound in real time. At once intriguing, the piece never reached the cathartic heights I expected–probably to Subotnik’s delight. Classical blue balls.

Quite a different experience was, Trembling (1983)–scored for violin, piano and live electronics–which soared into artificial harmonic heaven. Violinist Todd Reynolds gave a beastly performance of this virtuosic work highlighting its dynamic highs and lilting lows.

I have great respect for Subotnik’s attempts to capture improvisation and what you might call the un-notatable. Those wordless, sometimes indescribable gestures of music. When done right, this expressive approach is mesmerizing and still lacking in contemporary classical music, perhaps because of the instant coronary it gives most classical players.

While the visualizations didn’t reveal an obvious narrative, I saw that old primordial soup with noise swells rising and falling like civilizations. In much the same way, Subotnik expects the work to evolve; by October of next year he envisions it growing at least twenty minutes.

Where are we to place a piece without notation and perhaps not meant to outlive the composer? This is Composition as planned obsolescence. Though Subotnik employs tape and digital electronics as mediums, his path is strikingly different than the early musique concrète masters like Pierre Schaefer and Karlheinz Stockhausen. While those composers enveloped the world’s sound in preservation and apotheosis, this composer asks us to let go and enjoy the performance. Because it might be the last.